This is the winning entry from FidoJournalism’s first “Unconditional Love” contest in 2008. Murphie’s story immediately won us over, and epitomizes the bond between pets and their families that we sought to honor with this contest. 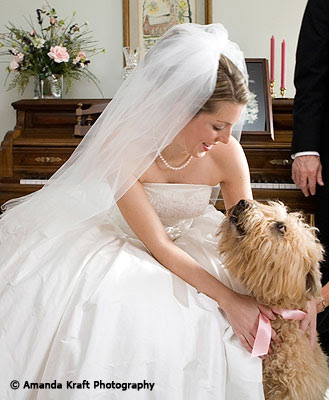 Murphie was not what people referred to as a good dog. She had some slight behavioral issues, a proclivity for barking and the highest vertical leap I have ever seen. One of her many talents, was that of a master counter surfer. If it was there, she could get to it and eat it in a matter of seconds. I have never seen two paws and a snout work so quick. She could get to anything, no matter how far. She would eat steaks in one bite, swallow sandwiches without chewing and would devour anything in a matter of seconds. And I mean anything. We would watch her out in the backyard, pain in her eyes as she attempted to pass entire paper towels and panties, all swallowed whole. We took turns pulling partially chewed items from her bottom. It happened in the yard, it happened on the street during the evening walk, it happened in the basement as she literally backed up to my mom and went to the bathroom right in her face. It could be quite an embarrassment, more for the person privileged enough to draw the object from her‐ but to Murphie, it was all worth it.

We owned the dog no one liked. All of our friends and extended family members really couldn’t stand her. They didn’t understand why she would jump on them, why she would lick incessantly, why she would bark and why she just couldn’t “be calm”. But the truth was, she was a dog who loved people. She would wait for her family every night to get home, she would sit on our feet and she would lay on our magazines and newspapers while we were trying to read. She was happiest when she could be with people.

Two years ago, Murphie was diagnosed with PLA, a kidney disease that is common to Wheaten Terriers. Her body could no longer process protein in the body and she was therefore unable to eat the meats, cheeses and eggs she loved so much. The prognosis was not good, but we knew we had to do everything we could. We changed her diet to prescription food, much to her displeasure. We started her on a medicine for her kidneys, a protein supplement, a multivitamin and a baby aspirin‐ twice daily and all taken without peanut butter. Since her kidneys were no longer functioning properly, we would take her out close to 15 times per night. This past winter, her condition rapidly deteriorated and she was no longer eating or drinking. We began to give her daily IV’s of medicines so we could keep her hydrated. For that hour each evening, she would lay helplessly in the bathtub while she was given her nightly dose of fluids to keep her comfortable. In the end, we knew there was nothing we could do to cure her or to bring her back to her old terrier self. Murphie passed away on New Year’s Eve, eleven years to the day we brought her home.

For a dog, and more importantly a member of our family, who had provided us so much over the years, I cannot imagine doing anything different for her. To us, she was worth every single minute and every single penny we had, to give her as much unconditional love as she had given us. This April, my husband and I will welcome our first puppy in to our home. Otter McGee will join the ranks of spoiled terriers before him and I know will provide us with as much enjoyment, entertainment and love as Murphie did.

View images from the winning session with their new puppy Otter McGee.